At the Wageningen University here in the Netherlands within the context of the study on Health and Society, the topic Global Health is presented.

For this topic Jan was invited to present on his experiences in the developing world with focus on the problems that are caused by the International Standards for technology in the healthcare system. Title of the lecture: Facing the standards gap. Using Sterilization as field of experience, he described a range of cases as he met in several African countries. With non-functioning sterilizers caused by non compatibility of standards with the local socio-economic reality. The main conclusion was that the majority of  standards are developed in a context of the industrialized world, where the infrastructure is available to meet the requirements as described in the standards. Of the African continent on 3 countries are member of the ISO technical commitee for sterilization. Thus specific problems met in these countries are not reflected anyin any way in the text of the standards. Thus there is a big gap between the reality in many countries and the reality that is assumed when implenting the standards as they have been formulated. A statistic of the amount of money available for health care per capita per year, as made available through the WHO, shows a clear factor in the reason behind the problem. Societies with less than 100 USD/per person per year as compared to the 1000 and more in the industrialied world clearly demonstrate the root of the problem. Transplanting technology developed in that context to a country where that infrastructure in not available is bound to fail. During the lecture guidelines were proposed for addressing the issue. It will be great challenge to handle this issue, that has enormous effects on the health of millions of people world wide. 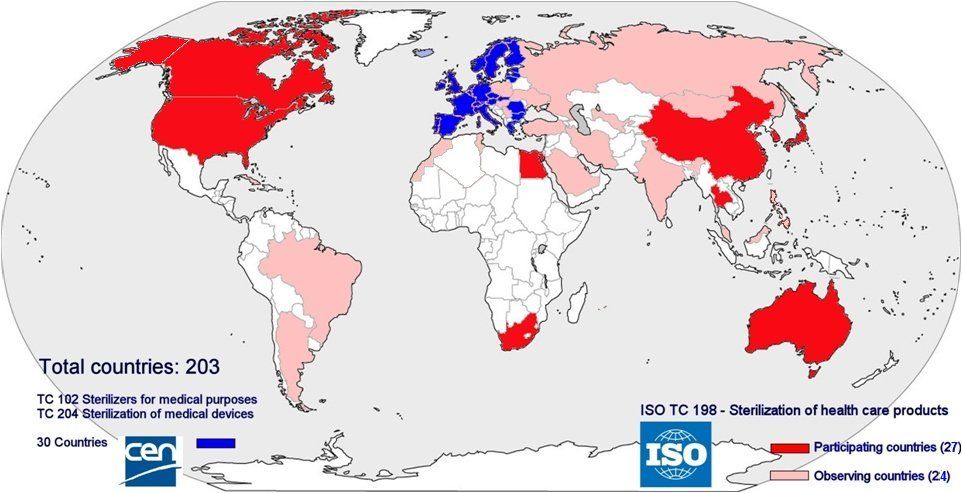 The presentation can be viewed here.

The lecture as based on an article that was published in the scientific Journal Zentral Sterilization/Central Service: 2014-3; Facing the standards gap: a sterilizer for the rest of us.