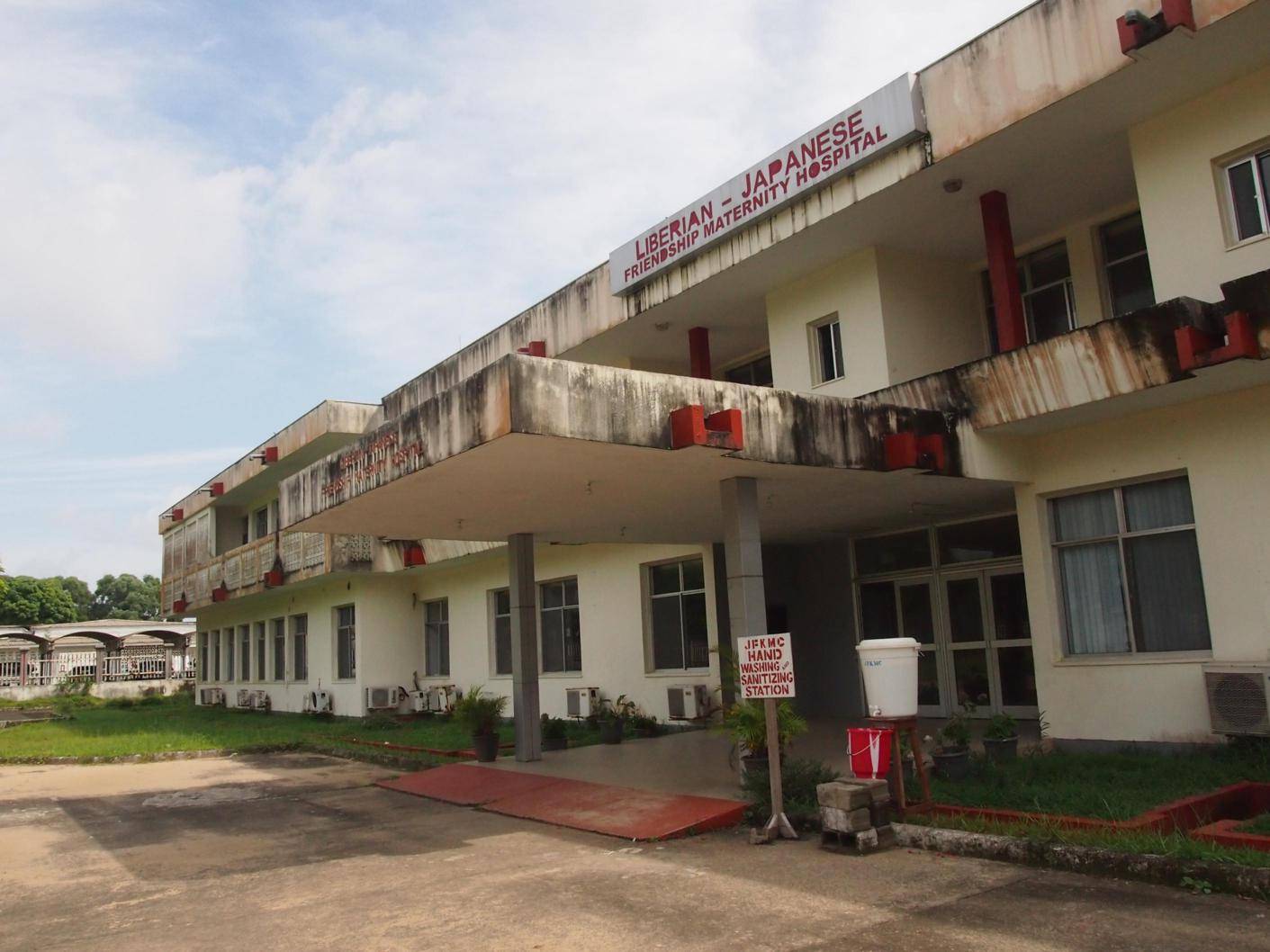 The year 2014, Liberia, West Africa. The country is confronted with the most deadly disease in recent history: Ebola. Public life including the health system have come to a standstill. At the time the German Red Cross assists  the national John F Kennedy Medical Centre in Monrovia with the establishment of a triage unit, where all incoming patients are tested on signs of Ebola. The representing officer of the Red Cross is invited to visit the neighboring Japanese-Liberian Friendship Maternity Hospital, attached the Medical Center. The Maternity Hospital has been established in 1983 with the support of the Japanese International Cooperation Agency JICA.

User training on the Matachana S1000 autoclave in the Maternity Hospital of the JF Kennedy Medical Centre in Monrovia, Liberia

In 2010, through a donation of JICA, the hospital was reequipped. Installation of the equipment was done through UNOPS, the United Nations Office for Project Services. The equipment that was supplied included a large new 573 litre Matachana S1000 autoclave. Installation was done and acceptance tests were started but problems developed with the compressor that is required for operating the machine; at the same time the technician installing the equipment fell sick and was repatriated. Since then the autoclave had been standing idle; sterilization for the maternity had to be done in a small basic manual sterilizer in the main hospital. The new machine had never been in production. The Red Cross offered support to get the autoclave running again and contacted the Dutch sterilizer technician Jan Huijs to get the job done. An assessment visit took place by October 2014 which confirmed that commissioning the machine was feasible. Matachana was contacted and Jan was offered a training in Barcelona factory on the technical details of the S1000; also training on the newer SC500 was done, as he was to also install and commission a new autoclave of this type in the neighboring St. Josephs Catholic Hospital. The necessary equipment was ordered and in May-June the hospitals were visited again to do the actual installation work in close collaboration with the hospital technical team. A major issue was  the quality of the water. The inside of the steam generator and water piping was covered with a layer of clay-like particles. Water hardness was sufficiently low; so installing a water filter system was sufficient for protecting the autoclave against sediments and dirt. The compressor for the pneumatic valves and door-opening system was replaced.

Electricity supply can be very unreliable with long and short black outs and brown outs. For this a UPS was installed and thus protects the electronic control system and prevents failed cycles in case of short power cuts. With the great support of the Matachana technical team in Barcelona all technical issues could be resolved and soon we could run a first Bowie-Dick test cycle! For all test cycles a basic 3 channel EBRO datalogging system was be used, which enabled quick and adequate verification of the essential parameters for the processes. It has a sensor for chamber pressure, a sensor for chamber temperature and a temperature sensor for inside the load. For the performance testing the standard Bowie and Dick textile testpack was used. The resulting process registrations have been extremely useful for process verification and as an educational tool for the staff. The passing of the Bowie and Dick test we celebrated with a delicious ice cold beer in a neighboring bar. Finally all acceptance tests were passed. Training for users and technicians were presented and after 4 years after its installation, the machine could be handed over for its first production cycles! After two upsurges of the disease, Liberia recently has been declared Ebola free. An incredible victory of all parties involved, especially the dedication of staff in the health facilities. The health sector is creating new public confidence in its services again and more and more patients are coming to the hospitals again. The CSSD of the Maternity of JFK Medical Centre is thus getting ready to contribute to the new challenges ahead in providing the required health service needed for the people of Liberia, that now slowly but surely are recovering from the time that Ebola crippled country… Jan Huijs, February 2016