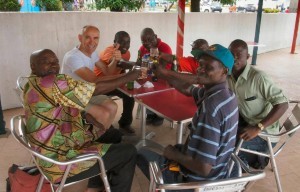 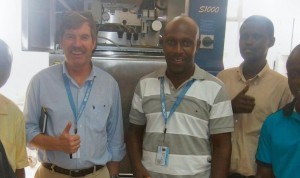 Liberia-Monrovia JFKMC 20150612 Maternity CSSD The technical team at JFK, with Boris, the representative of UNOPS 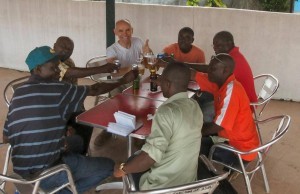 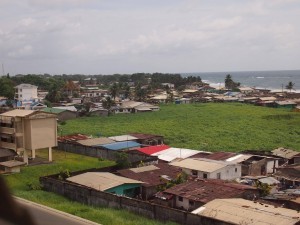 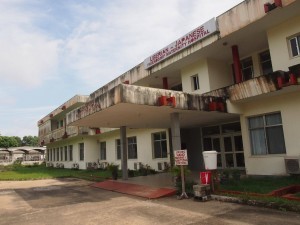 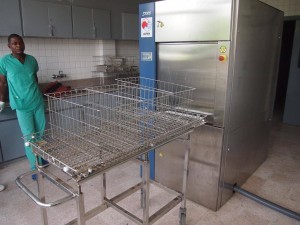 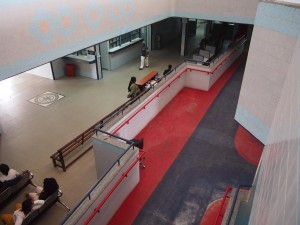 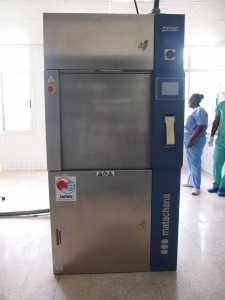 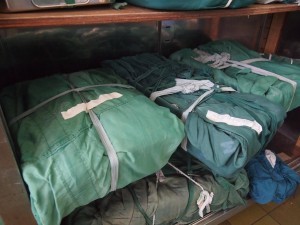 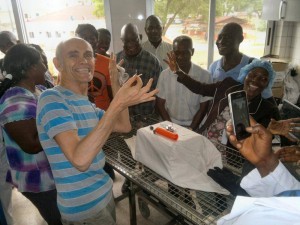 Liberia-Monrovia JFKMC 20150715 User training on the Matachana S1000 autoclave in the Maternity Hospital of the JF Kennedy Medical Centre in Monrovia, Liberia 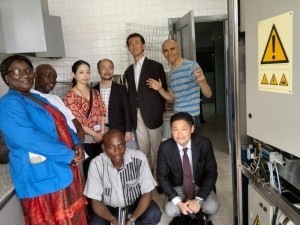 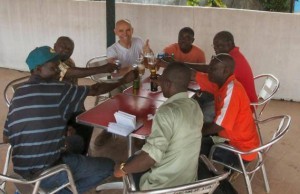 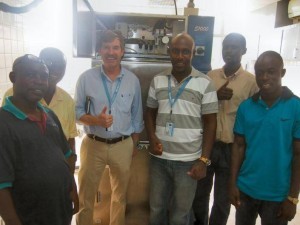 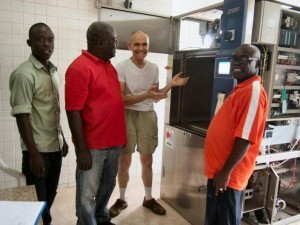 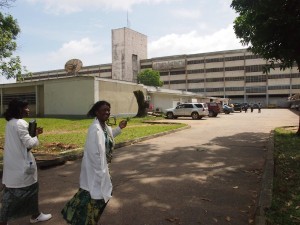 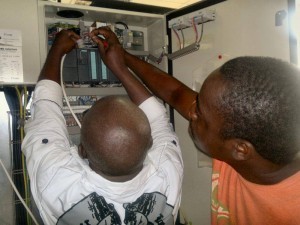 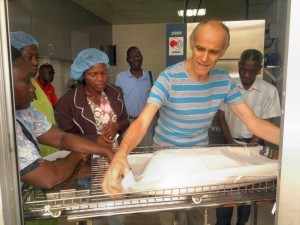 In 2011 the Maternity Hospital received a new Matachana S1000 sterilizer. It was supplied in the context of the rehabilitation of the hospital through the Japanese government.

The sterilizer was installed under the responsibility of the Liberian branch of UNOPS. All utilities were connected and test runs took place. However by the time the machine was to be taken to use the compressor broke down. At the time the engineer in charge of the installations fell sick and was repatriated. Since that time the machine has never been used. In 2014, at the height f the Ebola crisis a representative of the German Red Cross visited the Maternity hospital and was also shown the operating theatres with its sterilization department with the broken down autoclave. The delegate offered to have a consultant assessing the status of the machine and possibly recommission it. The assessment visit took place in Dec 2014. He positively advised on the repair, of which the request by the hospital was approved by the German Red Cross. In the months of January-March, preparations took place for the recommissioning: Spare parts were ordered; and a training on the S1000 autoclave was attended at the Matachana headquarters in Barcelona. By the middle of may the consultant came for the actual repair and commissioning. During the visit also the sterilization department of the nearby St. Josephs Catholic hospital was put back to service again by repair of equipment and installing new sterilizers: an activity supported by the German organizations Misereor and the Medical Mission Institute. The activities in both hospitals took place between May 15th and July 17; a month longer then originally planned.

A major problem related to the autoclave in the CSSD of the maternity was the water supply which caused severe sedimentation in the autoclave components. Hardness was within limits. thus a filtering system was installed ensuring sufficient quality water. As the pressure regulator for the compressor was not available in town a new compressor was procured. It was made available through UNOPS. Several technician problems were resolved, such as air leakage to the door seal, date time setting of the processor. All components were thoroughly cleaned. The efforts resulted in  a first success performance test. It made clear that recomissioning was feasible and the new compressor was bought, the water filter installed. With the fluctuating power supply and regular brown and black outs, a UPS was installed, which ensures that during brief black and brownouts, the power on the processor remains available, and upon resumption of power within a limited period of time the interrupted cyle can just continue. It saves enormous efforts and resources. Also the UPS was provided through UNOPS. On xx the first independent performance test was done using the full Bowie and Dick steam penetration test with dataloggers measuring inside the test pack. The Performance proved to be passing the stringent requirements. This made the way free for commissioning the autoclave. On Staff was trained and since then the autoclave is in use again. Although not the main objective of the visit also related activities of the sterilization department were observed and initial recommendations are presented.

Also the CSSD of the main hospital was visited. The only autoclave that was in use was the same model as was procured as a backup sterilizer for the nearby St. Josephs Catholic Hospital. Due to space limitations in that hospital, it was decided to do the practical training in the much more spacious CSSD of JFKMC. Before the training the department was visited and the sterilizer tested. It was found to have several major shortcomings which would actually require the closing down of the department until these were resolved. With essential spares available, the autoclave was repaired on the spot, in collaboration with a technical and CSSD staff. It could be recommissioned again and used during the training. Also the activities of the CSSD of the main hospital were observed and recommendations given for improvement. Note that the main objective of the mission was the recommissioning of the Matachana S1000 sterilizer, which was achieved. The observations are not claiming to be comprehensive nor complete. They however can be an onset for improvement within the departments. It is still recommended to do a thorough evaluation of the full sterile supply cycle of the CSSD in the Maternity Hospital as well as the Main Hospital.

The situation with the new autoclave not being used during a period of almost 3 years reveals problems of communications and managerial and technical skills. For some reason neither the CSSD, the Hospital management, JICA nor UNOPS signalled the problems or acted effectively on the issue. The same was observed in the CSSD of the main hospital, where the only sterilizer in use was in a state that would have required the department, and thus also the operating theatres to close down until the problems were resolved. The line of communications between departments and relevant organizations needs to be strengthened. Introducing an equipment management system can be an essential tool to monitor and signal the status of equipment and used as source of information for the hospital management, the maintenance department and related organizations in assuring the up time of essential medical equipment, that is crucial for adequate care of our patients. It is however crucial that such a system is updated at a regular basis and that the information will be transparent and analysis will be available all relevant departments such as the maintenance department, the head of the departments and the hospital management. There is much potential of the staff of the maintenance department which is currently seems under utilized. An assessment of the activities and the positioning of the maintenance department within the hospital is recommended.